We are pleased to announce the release of HelpSmith 6.0. Below is a quick overview of new features and improvements made in this version.

This means that when you import a help file or document created with a third party application, HelpSmith will retain the formatting attributes for text, paragraphs, tables, bulleted and numbering lists, and so on.

Also, we have implemented the possibility to import MS Word documents including .DOC, .DOCX, and .RTF formats.

It should be pointed out that if your Word document contains a Table of Contents, HelpSmith will automatically import the content into separate help topics. 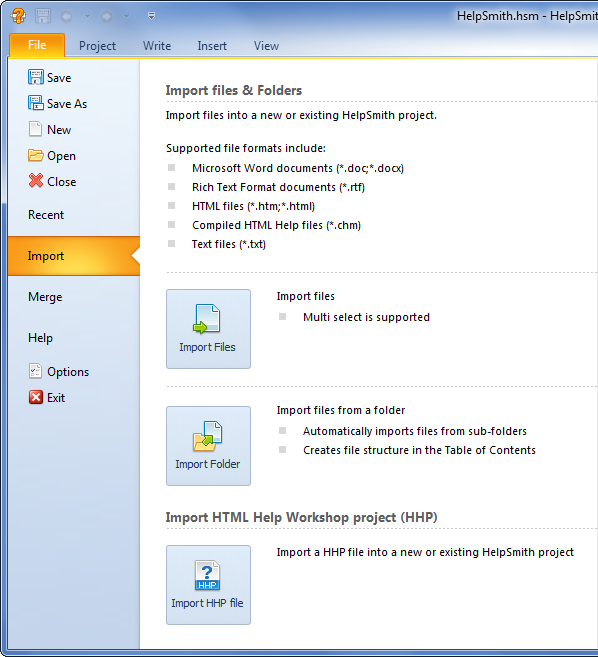 The Possibility to Import Multiple Files into the Same Help Project

In addition, the new Import capability in HelpSmith 6.0 allows you to import not only a single file, but also a batch of files or even a folder containing sub-folders and files of the supported file types.

Thus, moving existing documentation into HelpSmith is now as easy as never before!

If you are a registered HelpSmith user for less than a year, please contact us for a free upgrade to version 6.x. In other cases, if you have a license for a previous HelpSmith version, you can upgrade to HelpSmith 6.x with a 50% discount. You can place your upgrade order by visiting this link.